The abrasive medium you use in a sandblasting process affects how the job goes and the quality of results you get. So, you want to put some thought into the medium you use.

Garnet is a popular and versatile medium that you should add to your shortlist. Why is garnet a good option for a sandblasting job?

Any sandblasting medium will clear a surface; however, some abrasives work more effectively than others. Some won't work on their first pass; you might need to sandblast areas more than once to get the results you want.

Garnet is a fast and effective abrasive. It is extremely hard and sharp. So, it makes light work of cleaning up a surface, whether you want to remove graffiti or clean up a vehicle that has some rust on it.

Some sharper abrasives cause some problems because they can embed in their surfaces. Your job might take longer if you have to remove stuck abrasives at the end of the process.

Garnet doesn't cause this problem. It typically has uniform edges. So, while the stones are sharp, they won't stick to their work surfaces. You get a clean and quick sandblast.

Some sandblasting jobs need to use a lot of abrasive medium to get the right results. These materials aren't always reusable, especially if they are softer than the norm.

Garnet is a more efficient medium. It is so sharp that you can often use less of it on a job. It is also reusable. This recyclability increases its working life which could, in turn, reduce your sandblasting costs.

3. Garnet Is Better For the Environment

Some sandblasting abrasives aren't good for the environment. For example, some silicates are harmful.  They release a lot of dust and particulates, which can add to airborne emission loads. Some should also be kept out of water sources and systems.

Plus, while your sandblasting company will protect their workers when they need to, you should think about your own workers who might be in the area. You don't want to expose them to sandblasting residues that could cause problems.

Garnet is an environmentally-friendly abrasive. It doesn't contain any dangerous silicates and it doesn't create a lot of dust. Any dust it does create is harmless because it is chemically inert.

To find out more about the benefits of using garnet as an abrasive medium, contact sandblasting companies. 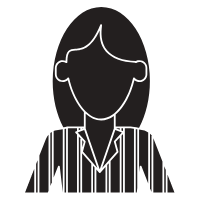 Hello! My name is Jan. Last year, my son got a job at a local industrial plant. I was so pleased for him. He had been looking for work for some time. Thankfully, he loves his job. So much so, he comes home from work and spends hours talking to me about the things he has learnt. My son has inspired me to find out more about his job and the wider industrial sector. I have learnt so much stuff, I decided to start writing this blog so I had a place to collect my thoughts. I hope you like my job.

3 Benefits of Using Garnet Sandblasting
24 February 2021
The abrasive medium you use in a sandblasting process affects how the job goes and the quality of results you get. So, you want to put some thought in …

3 Ways CNC Manufacturing Reduces Production Costs
22 January 2021
CNC manufacturing gives you a quick and accurate way of creating parts. It could also save you money in production costs. Why might your costs be lowe …

Why Install Precast Concrete Staircases in Your Factory?
4 January 2021
If you've decided to switch to using concrete staircases in your factory, then you need to decide how to build the stairs. While you can have the stai …